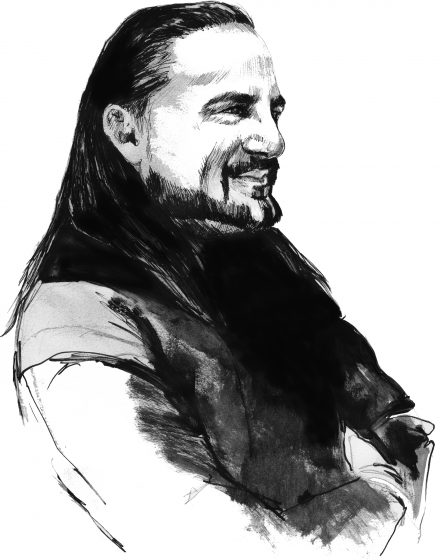 Sebastian Fleiter – artist, designer, entrepreneur- has founded his studio in 2007. It specialises on communication concepts, products and events focusing on the physical phenomenon known by the word electricity. His electrifying creations range from tiny soap-bubble machines for small children to STROMODROM, a large-scale 45 meter long slot-car race track up to a mobile water power plant. All modules share one idea – the electricity to power them has to be generated by hand. Or by foot, that is. Fleiter’s works can be found in public spaces, music festivals, trade fairs, open air events, museums, on corporate events and children’s playgrounds, providing an interactive experience for event attendees and generating stories that are talked about.
In international formats like TEDx, in media and TV coverage he raises questions on our everyday energy handling and other so-called „green issues“. Without raising or pointing a moral finger, though. Fleiter rather uses entertainment and curiosity to raise awareness for the mission that, after all, electricity deserves more attention than looking at a cellar- based power-meter once a year.

When not thinking about or working with electricity, Fleiter is travelling the world as coach and think-tank member to tackle questions on creative and experience economy within NGO and political environments, oscillating between art, engineering, entertainment, economy and politics.

Fleiter has been honoured with the German Design Award in Gold, the highest ranking design award in Germany issued by the Government, has been declared „Creative Pilot of the Federal Republic of Germany“ and “Green World Ambassador” in the U.K., amongst various other awards.